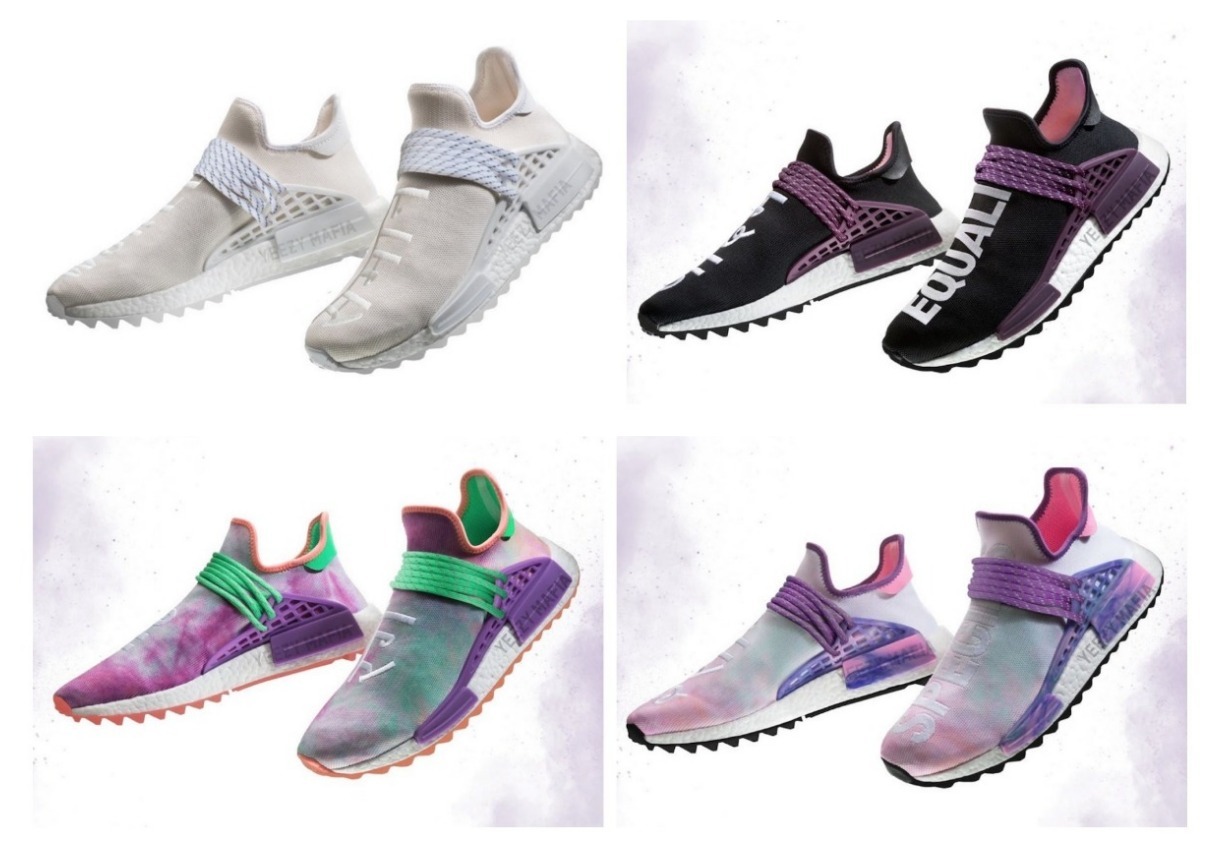 There’s no wrong Pharrell can do. Not up for debate. As of lately he’s blessed us with his lyrics and now we just got word that’ll he’ll be gifting us another NMD pack. Following up on the recent N.E.R.D and Trail Pack, comes four more colorways of the Adidas NMD Hu Trail scheduled for an early 2018 release.

The first of the pack to be released will be the “Blank Canvas,” designed in a clean cream hue across its mesh upper. The design also features white detailing to match, on the laces, lining and midsole. The second pair of the “Blank Canvas” pack is a core black with a deep purple

The remaining two colorways are a part of the “Holi” collection which are inspired by the Holi Festival, a celebration of color and love in India.  The two pairs  are a chalk coral and a pink glow both featuring a flash green.

These will be a true hit, ask my mans Pharrell. In the meantime, check out the pack in closer detail below and stay tuned to New Soles for updates.