Although I have never owned a pair, I know how important the Air Jordan XI Concords are to every sneaker collector. Flashback to 2012, a year after the retro Concord returned to shelves, when I was a poor college student, and before StockX was a thing. I brought a pair of Concords for a crazy resale price, not for me, but for my brother. I couldn’t pass up the opportunity to cop them as a birthday/Christmas gift. The 2011 release didn’t release in women’s sizing, but buying them for him was like buying them for the both of us. It was the first pair of sneakers I had ever brought him (the least I could do after he brought me my first pair as a kid) and I was geeked because I knew they were his favorite pair of Js. Fast forward to today, those babies are wore out, ice bottoms turned yellow, and resale pushing $700 USD. Luckily Christmas is coming early, as we ALL get a chance to lace our feet in the “ultimate grails.”

The must-have grail will be returning to celebrate its 23rd anniversary for the holiday season. The concord was last seen in 2011, so what’s so special about this release? For the first time ever since it’s debut in 1995, the Concord is coming back in it’s original form. The Concords will come donned with Michael Jordan’s comeback number “45” on its heels, instead of the traditional 23. The number “45” pays homage to the jersey number MJ briefly wore after returning from his first retirement. And just like MJ, an icon is back.

One of the major differences from when the Concord was last seen in 2011, is its higher-cut patent leather, which is designed to look like the original pair designer, Tinker Hatifield made for MJ. Some key features include the signature black patent leather wrapping around the entire sole, Nike Air details on the insole, the OG box the sneakers will come in, and you can’t forget about the icyyyy translucent outsoles.

Jordan brand is in a giving mood this holiday season because not only is it said that upwards of roughly two million pairs will be available, but those pairs will come in full family sizing. The pairs will retail for $220, $170, $90, and $70 USD in adult, grade school, pre school, and toddler sizes respectively. Add these grails to your collection or cop them for a loved one this holiday season on December 8  at select Jordan brand retailers, online, and SNKRS. 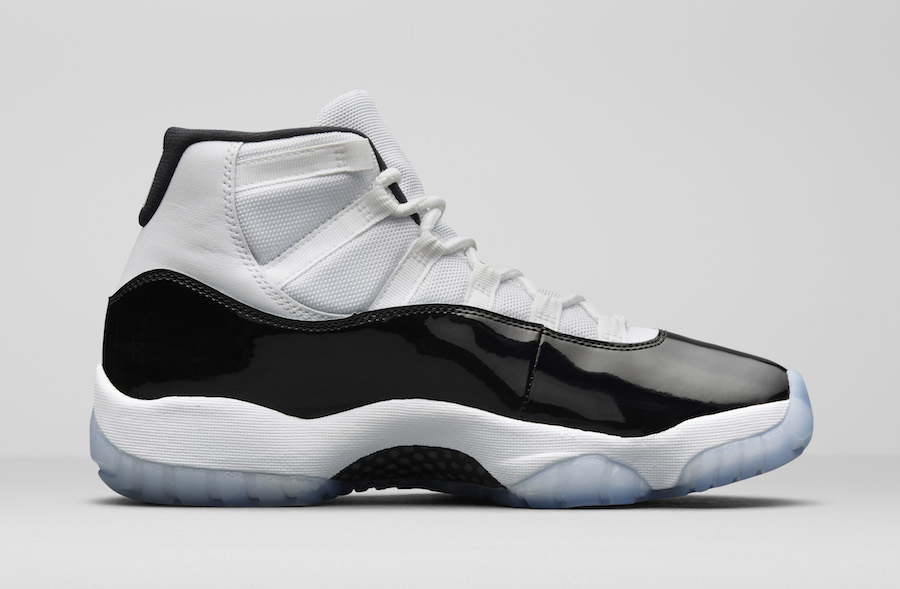 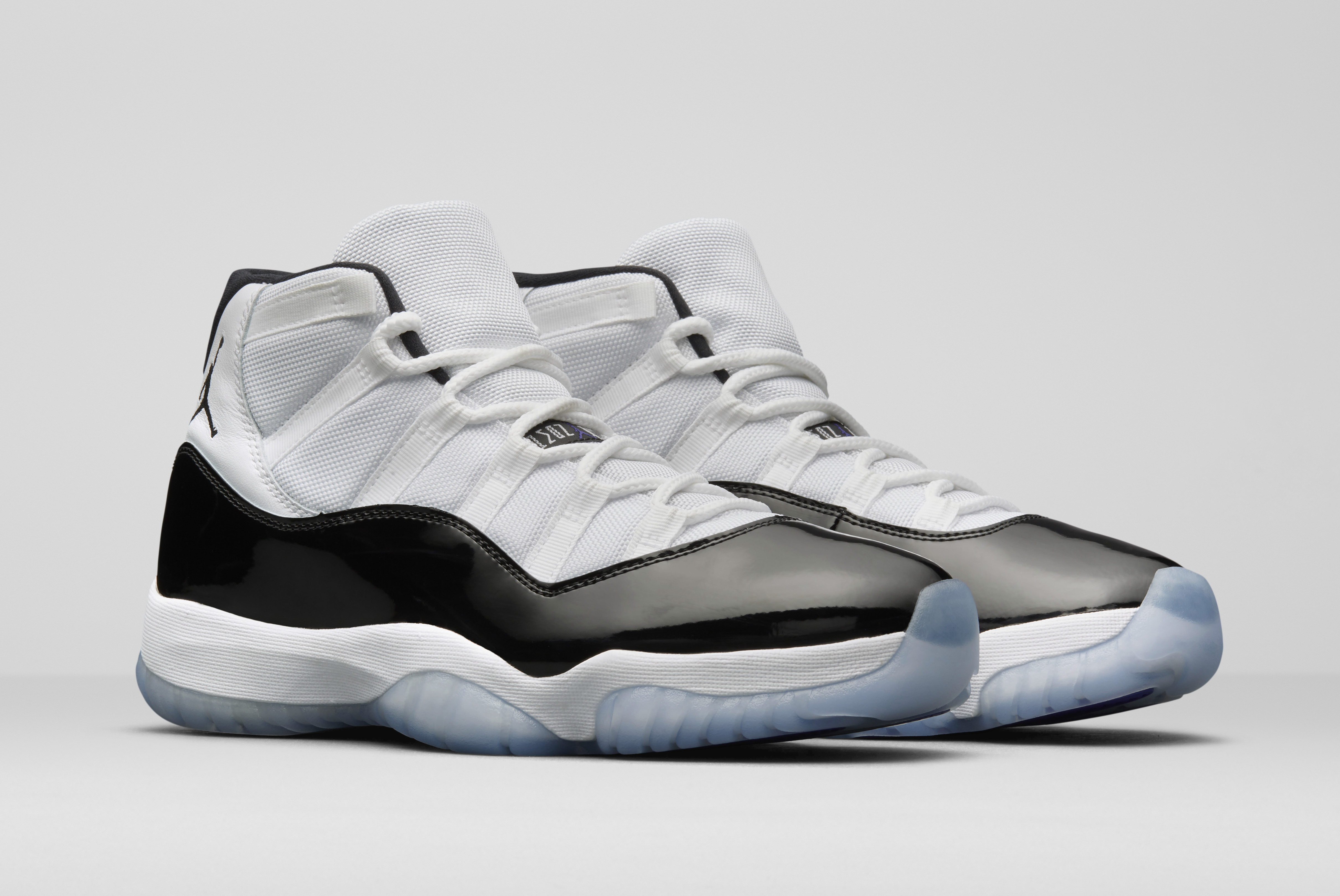 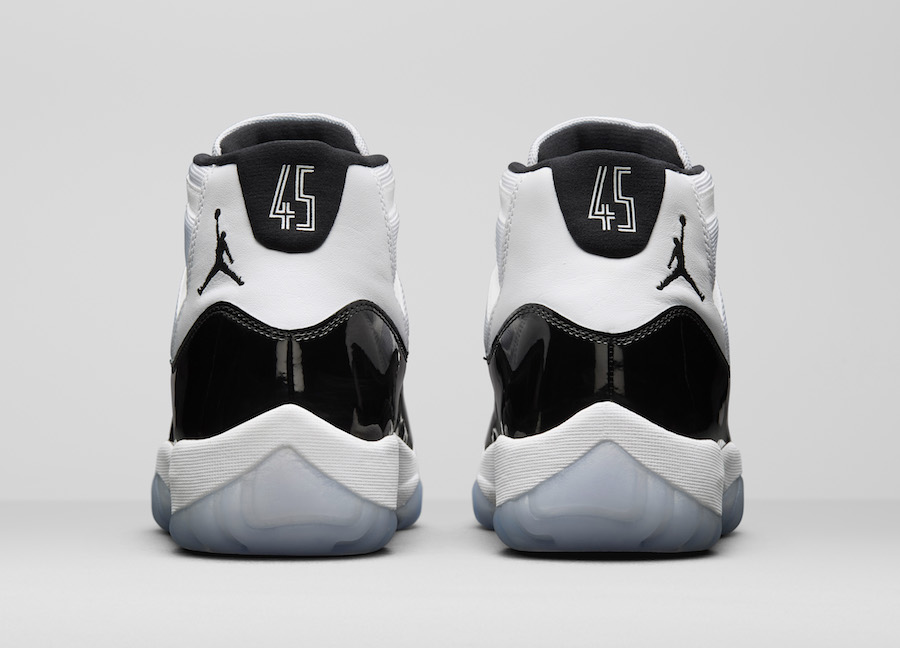 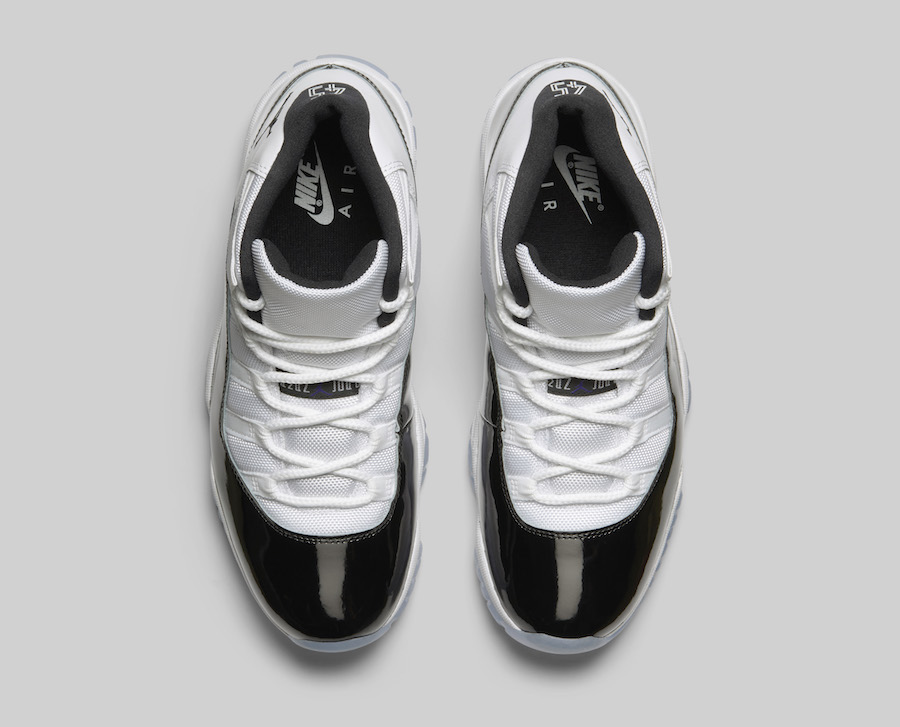 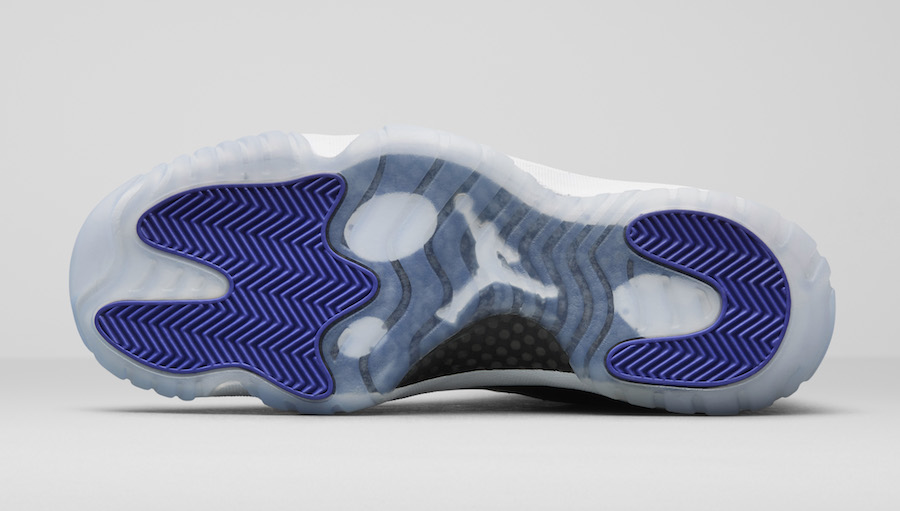