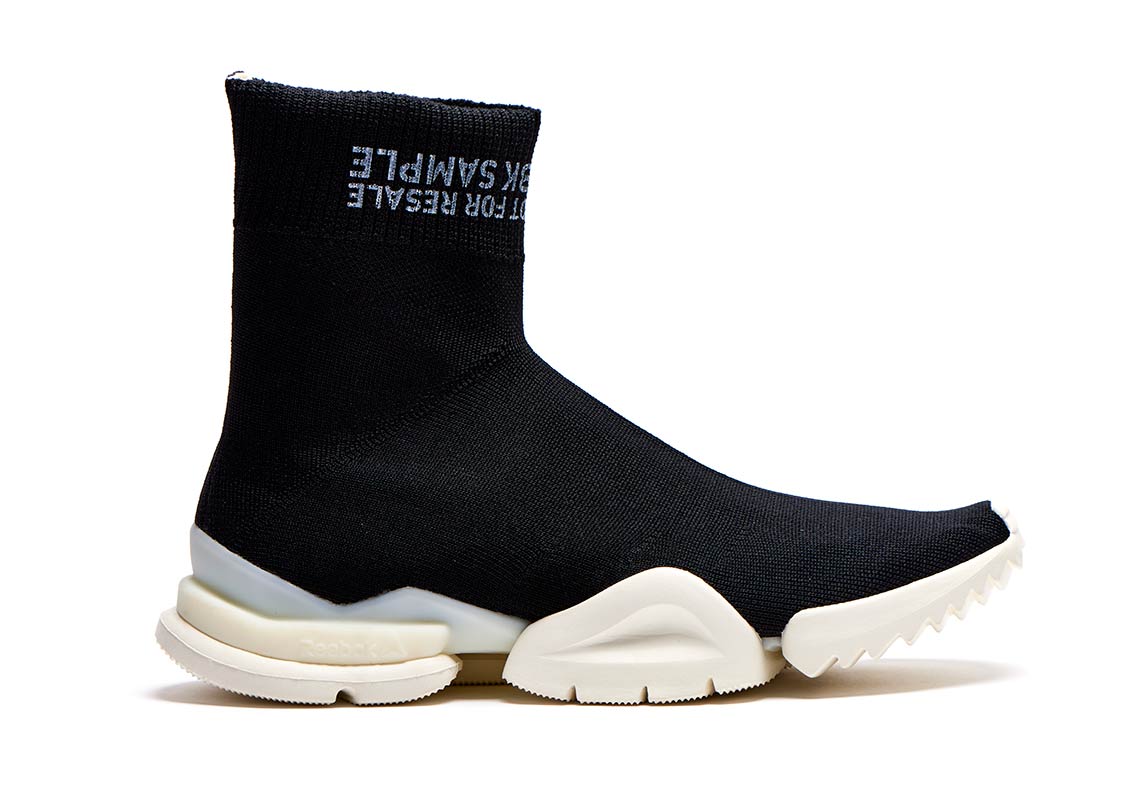 Reebok debuts their take on the not-so-new sock runner silhouette that was made popular by last year’s pricey Vetement’s sock runner that priced out at $840 USD. Not only is the new Reebok Sock run.r affordable at a fraction of the price, but it has a top-notch design featuring split-cushioning technology.

Although the design is new, the inspiration behind it is not. It was inspired by the never-produced 1996 PUMP EVO prototype that sat on the same iconic four part split-tooled outsole. Reebok used this two decade old inspiration and incorporated it by crafting the sock-like upper with black technical knit fabric that stretches with every move of your foot. Sitting atop the cream colored outsole, the runner features trendy deconstructionist branding on the upper that reads “Not For Resale RBK Sample.”

This colorway will be one of the first of four to release going into the FW18 collection. The black Rebook Sock Run.r will first release exclusively at Barney’s on May 11th while a general release is scheduled for May 18th at select retailers for $250 USD.