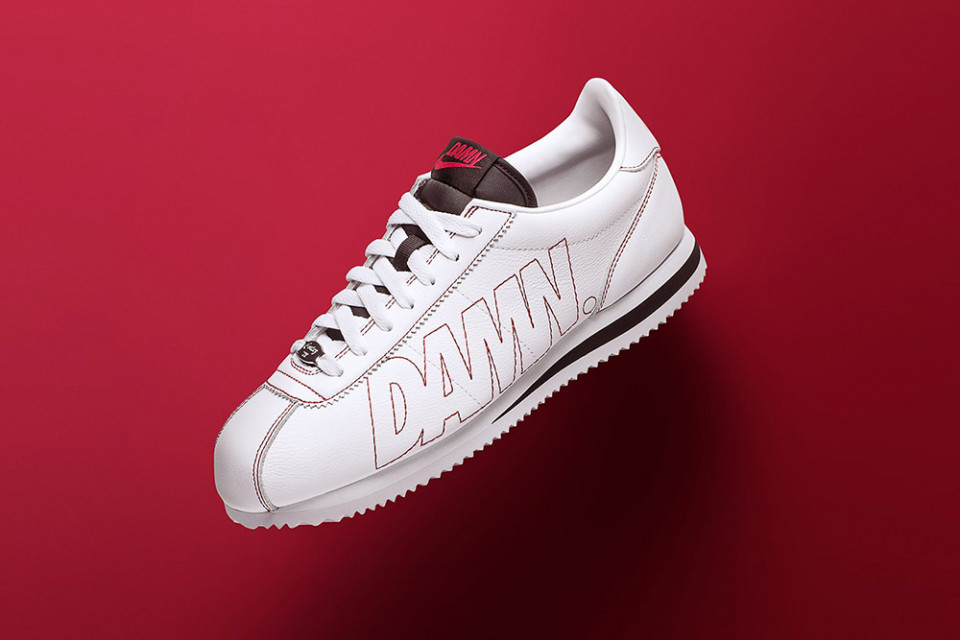 There’s not a shoe more ingrained in the LA culture and style than the Nike Cortez. Kendrick, a Compton native, grew up with this shoe, so the collaboration couldn’t be anymore seamless and authentic.

The Nike Cortez Kenny 1 is inspired by Kendrick’s latest album, DAMN and features a white, Black, and red color scheme. This Cortez will replace its Swoosh logos with “DAMN” printed on the sides. “DAMN” also replaces “NIKE” branding on the tongue and is paired with a swoosh logo.

Retail pricing is set at $100. Although GS (Grade School) sizing is yet to be confirmed, if you are able to grab a pair be sure to go 1 size or at least 1/2 size up, as the Cortez runs a narrow fit.

Whichever size you’ll be looking for you can find the Cortez Kenny 1 to debut on both Nike.com and the Nike SNKRS app as well as select Nike retailers. 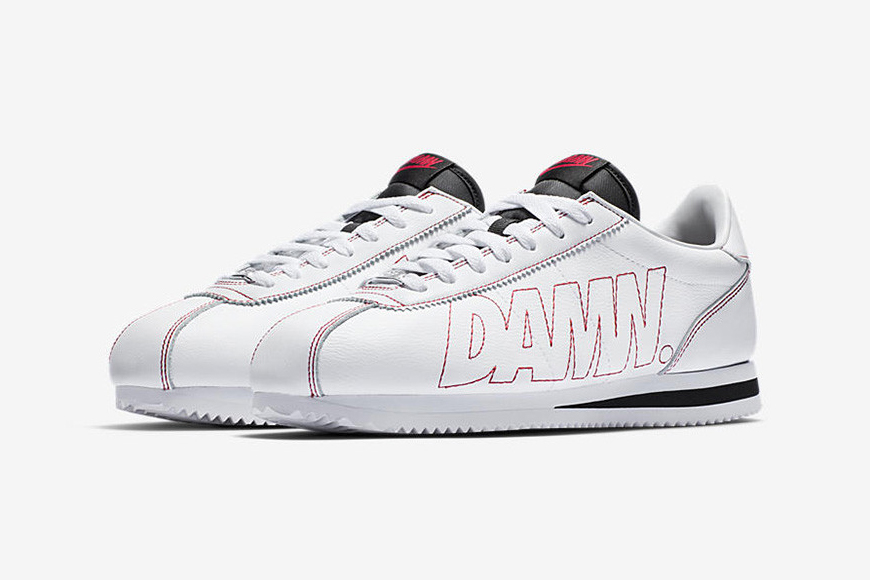 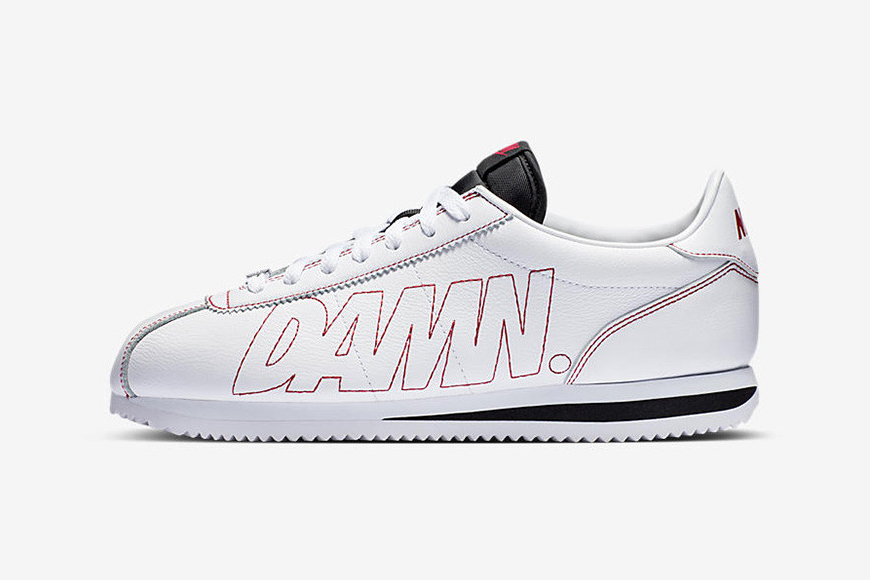 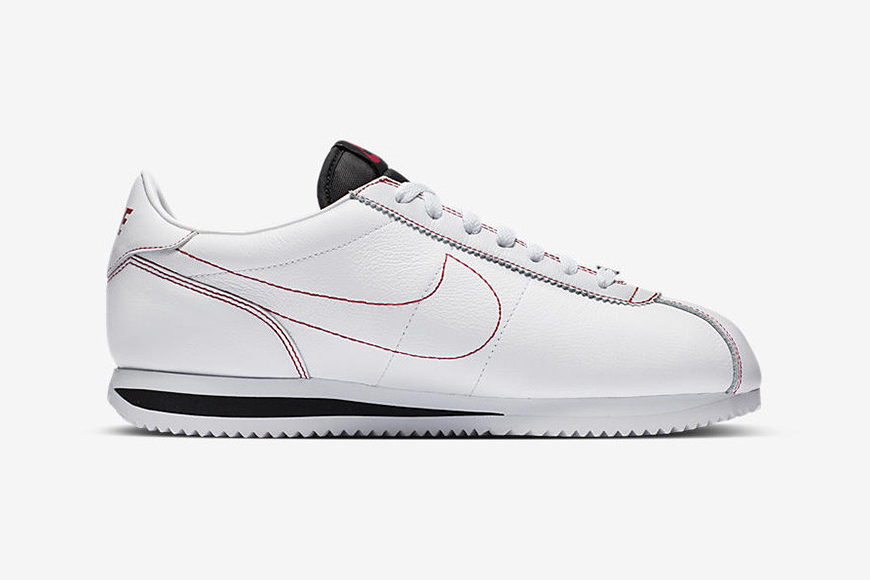 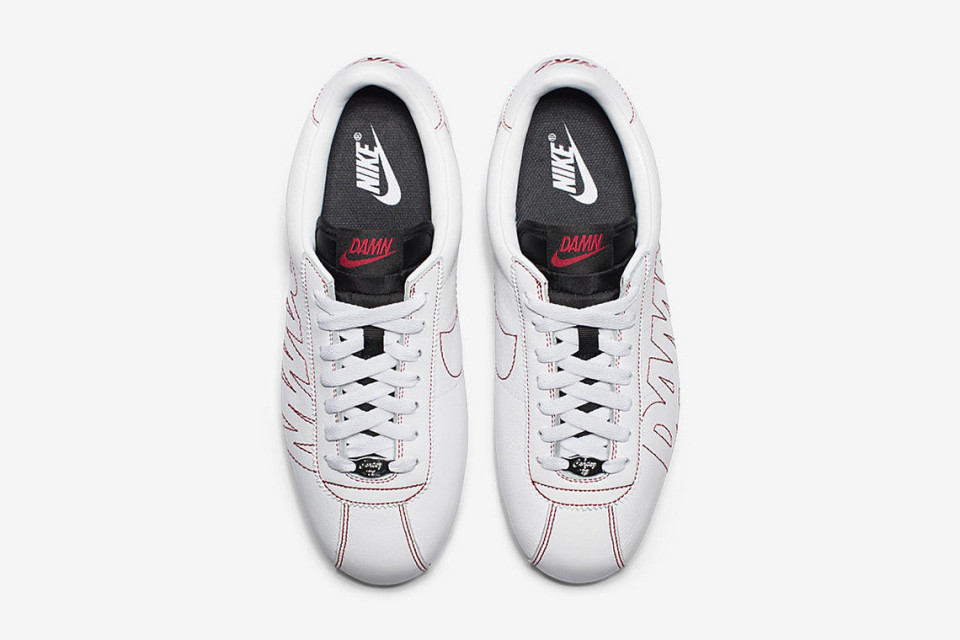 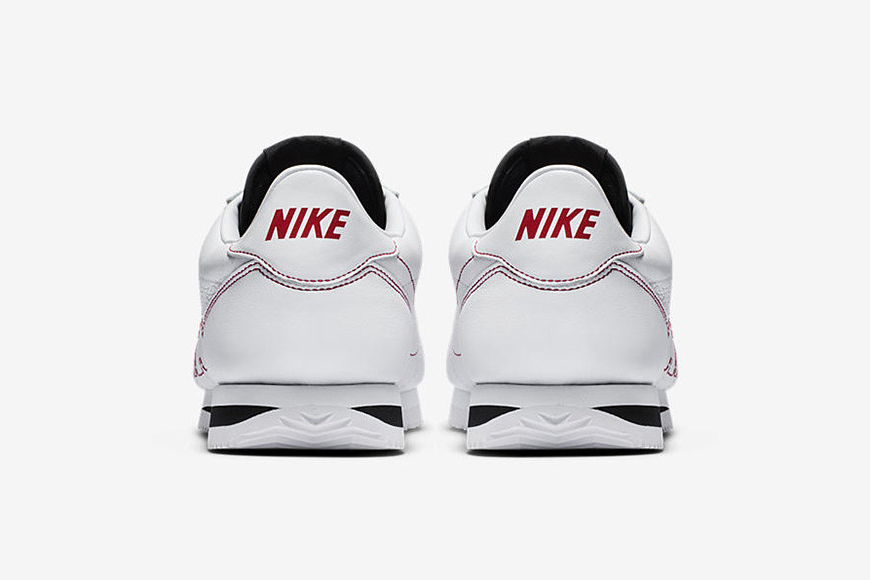