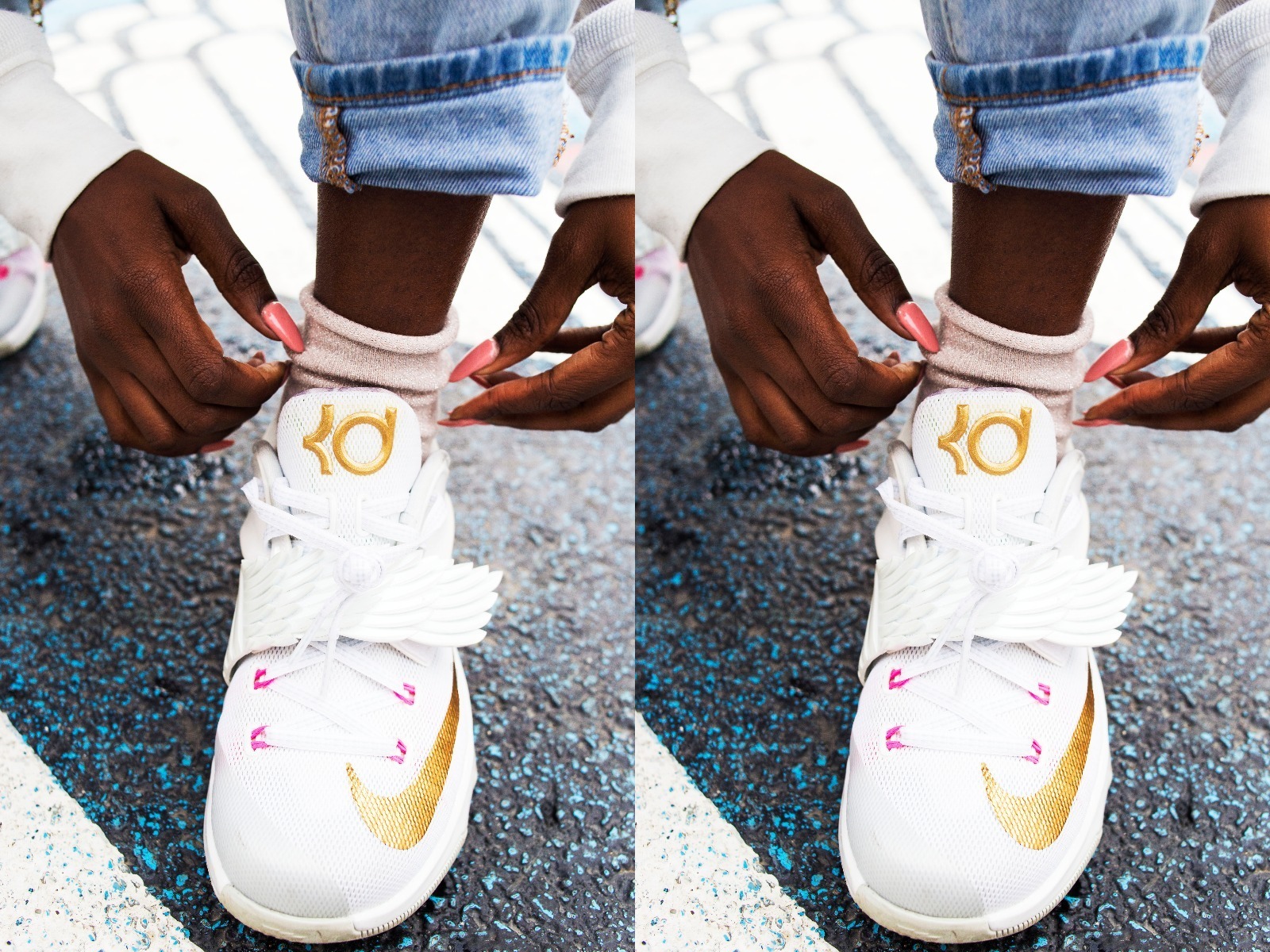 Who’s the real MVP? In his 2014 MVP acceptance speech, Kevin Durant famously praised his mother, calling her “The real MVP.” But, another MVP in Durant’s life who many may not know about was his Aunt Pearl. Durant was inseparable from his late Aunt Pearl, who passed away from Lung Cancer in 2000. Durant told Nike:

I made a promise to myself to always honor my Aunt Pearl for the example she set, and the encouragement she gave me to follow my dreams.

In 2012 Durant and Nike first introduced a pink-based colorway of the KD 4, and in association with the Kay Low Cancer Fund, the shoe is now an annual tradition.

In 2015, came the ‘Aunt Pearl’ KD 7, the fourth shoe in the annual February release. 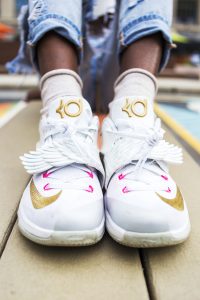 My favorite feature of these soles are easily the wing-shaped cross-strap, inspired by the large angel tattoo on Durant’s back, which is also a tribute to Aunt Pearl. Wings are all throughout the shoe as the actual angel-winged tattoo is printed inside of the tongue and wing pattern detailing on both gold Swoosh logos. 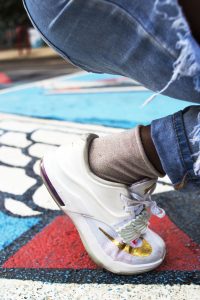 The shoe includes a pearlescent white-based upper and pops of pink paint. The design also includes the Kay Low Cancer Fund logo on the heel as this special edition shoe raises awareness in the battle against women’s cancers.

I’m so proud that my Aunt Pearl’s elegance was captured by this shoe,” said Durant.  “She always taught me to hold my head high and carry myself with humble confidence. It’s fitting that’s the exact statement this shoe makes to me.

These soles no doubt make a statement and that’s why they are one of my favorite in my sole collection.

The Aunt Pearl are arguably the most collectible in Durant’s signature line as they generate big dollars on the second-hand market, which is where you can find these soles and others in the ‘Aunt Pearl’ collection.

The elegant memory of Aunt Pearl certainly continues to live on, catch the next ‘Aunt Pearl’ KD drop in February. 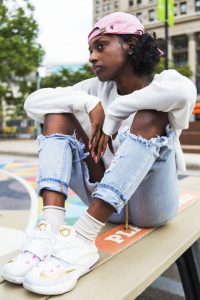 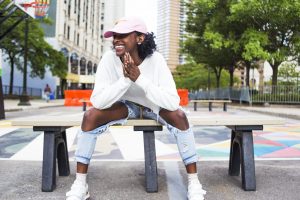