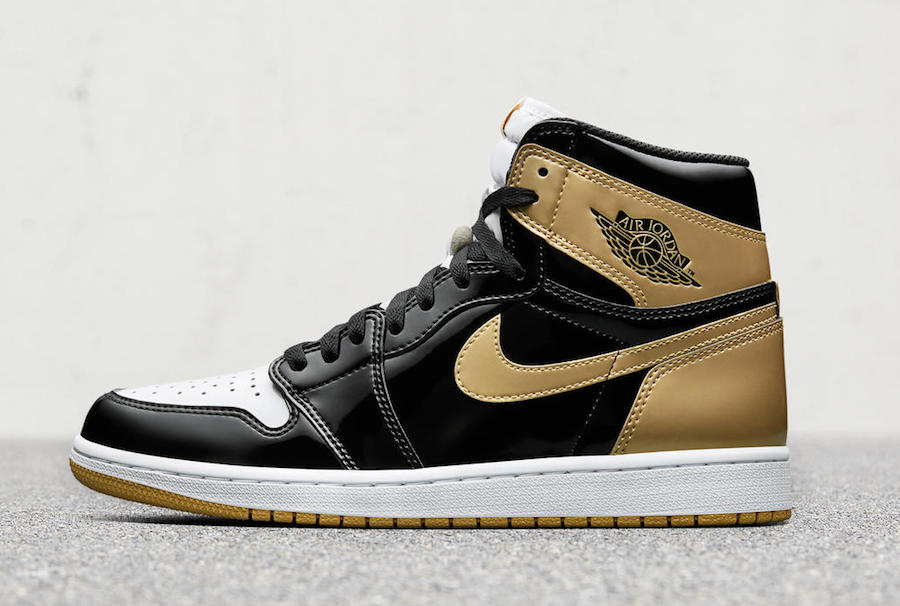 The hype of the most recent sought-after Air Jordan release hasn’t died down a bit since its debut at Complex Con last month.  The Air Jordan 1 High OG NRG “Gold Top 3” debuted in limited quantities exclusively at the Union Los Angeles booth. Luckily for us this release was not an exclusive collaboration with Union Los Angeles, and  it was said the soles would release during 2018 All-Star Weekend. However, even more lucky for us, we won’t be waiting on the NBA schedule for it’s release. After official photos released from Nike, the Gold Top 3 will officially release on Cyber Monday (November 27).

This sole gives us flashbacks to the Air Jordan “Top 3” design released about a year ago, which name is dubbed for utilizing three of the original Air Jordan 1 colorways.

Nike is bringing back the same mis-matched colorway blocking with this silhouette, this time in patent leather.  The design features a patent leather upper with contrasting hits of metallic Gold, Black, and White throughout.

This deal is rolling around to select Nike retailers on Cyber Monday, November 27th, for a price tag of $160 in mens. GS sizing still has yet to be announced, but I expect nothing less of an OG 1 silhouette and will hope for them to release for the ladies as well with a retail tag around $120.

Stay tuned to New Soles for the latest updates, for now check out the soles in closer detail below. 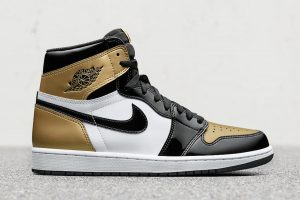 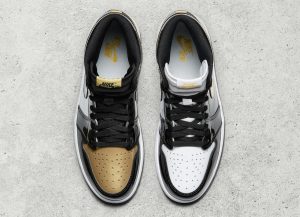 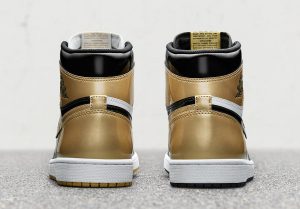 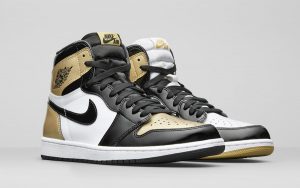