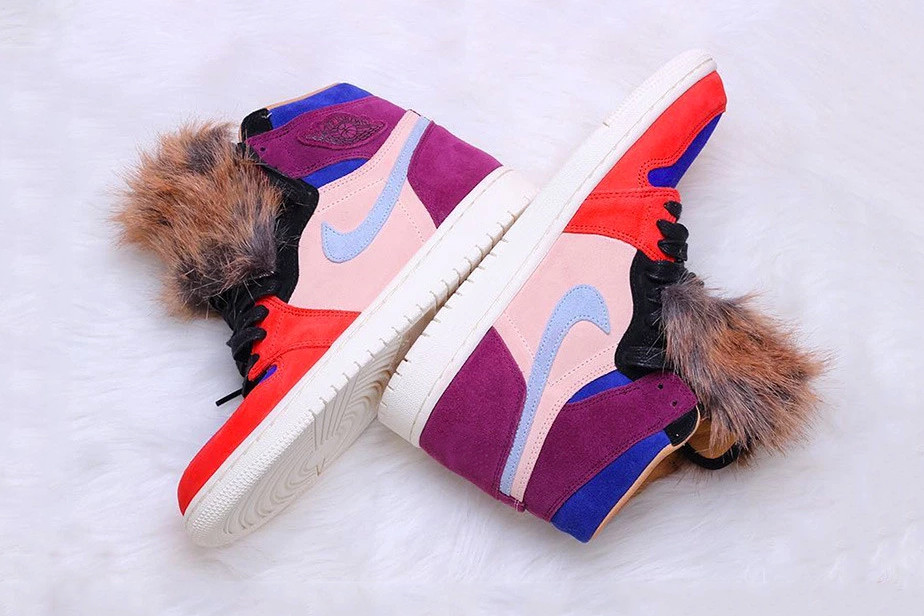 It’s been almost a year since Aleali May released her first collaboration with Jordan Brand. The Aleali May Air Jordan 1 “Shadow” released last October making her the first woman to design an Air Jordan that was released in both men’s and women’s sizing. She’s been on fire ever since, she’s the streetwear designer, stylist, and one of the influencers I look up to. This time around May’s design will be a women’s exclusive release.

May again takes the classic Air Jordan 1 silhouette and gives it her special streetwear spin. The new colorway has no official name yet, but its being nicknamed the ‘Viotech,’ due to it’s similar color scheme to the ‘Viotech’ Nike SB Dunk Low from 2013.  It features pastel hues of Core Bordeaux, Sunset Tint, Rush Red and Light Armory Blue on its premium nubuck suede upper. Don’t let the colorful design fool you, it  comes perfectly designed for colder months as it includes a detachable section of multi-toned faux fur that is attached to the tongue. Other features on the shoe include a diamond quilted patterned leather insole with Aleali May’s signature, laces made of cowhide, a white sole unit and a tan-colored leather lining.

Just in time for the holiday season the  Aleali May x Air Jordan 1 Retro High WMNS Viotech is expected to release December 15 at select Jordan Brand stores and online, followed by a wider release at select Nike retailers and SNKRS on December 22  to retail for about $160 USD. 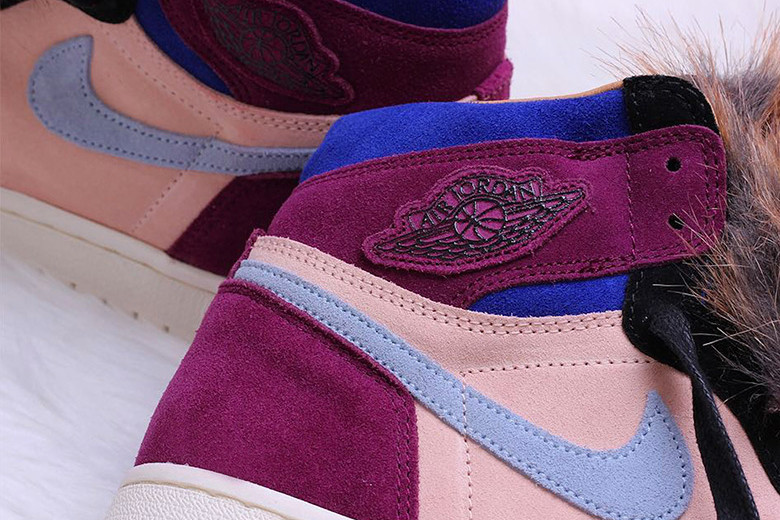