Lebron James shows no signs of slowing down lately. The three-time NBA Champion just opened up a public school in his hometown, is gearing up to start his first season as a Los Angeles Laker, annnnd is putting on for the CHX.

The newly debuted Lebron 16 gets a release date and guess what? It’s all women. The first colorway to arrive from the new silhouette was designed by women, for women. The first of the Lebron signature line to do so. Women Brandice Daniels, Kimberly Goldson, Felisha Noel, and Undra Celeste Duncan of Harlem’s Fashion Row (HFR), give the silhouette a fashionable makeover just in time for the upcoming New York Fashion Week. HFR  is the most prestigious platform for multicultural fashion designers, especially women, so its very fitting that the collaboration was inspired by James’ belief that “African-American women are some of the strongest people on earth.”

“As someone who has a platform, because of what I do, I thought it was important to lend that platform to a group of people that I believe are under-recognized,” said James in a press statement.

“Being the son, husband and father of strong African American women, I felt like this was something I wanted to do for them and for all the strong women out there who are succeeding despite what might be stacked against them.”

The silhouette comes stacked too. The HFR x Nike LeBron 16 comes stacked in a luxurious cream Battleknit 2.0 upper, regal gold highlights, and interchangeable leather straps that double as bracelets. Furthermore, the heel features a 3D-molded lion’s head design that extends outward, with the mouth of the lion gripping the laces that wrap around the shoe.

“Now is the time for women to really let the world see how powerful we are,” says designer Brandice Daniels. Add the powerful Nike Lebron 16 “Harlem Fashion Row” to your sole collection on September 7. The women’s exclusive will be available on SNKRS  (North America only) and nike.com for $250 USD. 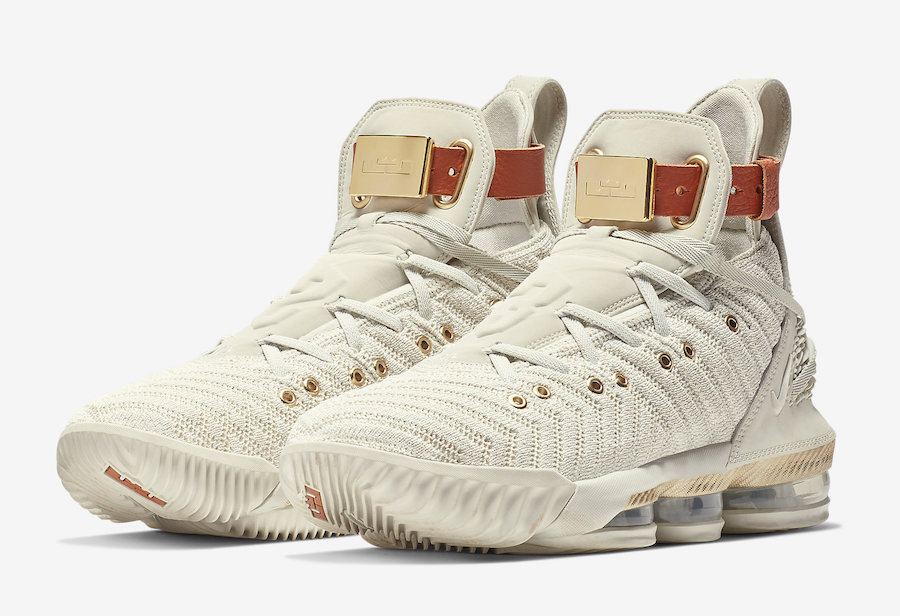 Written By
soleNome
More from soleNome
Fashion designer, stylist, and might I add streetwear icon, Aleali May gave...
Read More